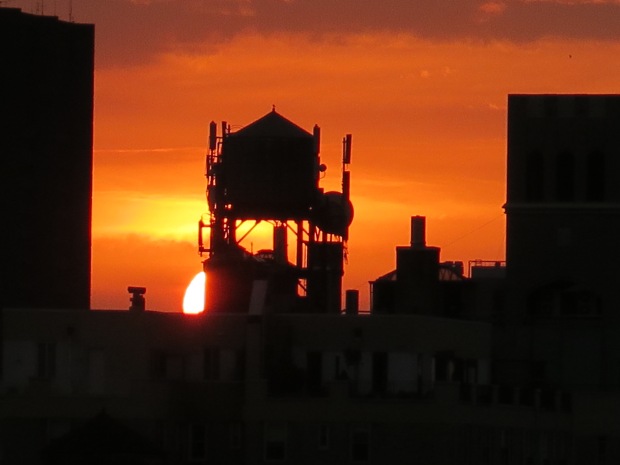 I should be doing my yoga right now, but I’m too busy crying.  I figure that demonstrates more than a modicum of restraint, because what I’d like to be doing is vomiting while I stamp my feet.  Donald Trump won.  Hate won. Fear won. Selfishness won. Greed won. Racism won.  Misogyny won. Homophobia won. Xenophobia won. Zealousness won. The motherfucking KKK won. The DNC won, in its refusal to acknowledge that no matter how qualified, no matter how many good reasons there were to support her, Hillary Clinton was not the candidate to run in a climate of fear and hatred.

You know who lost? Me and my loved ones.  No matter what platitudes are mouthed, this was and is personal.  November is Epilepsy Awareness month.  I usually post one blog post about it, and post several facts and awareness tidbits throughout the month on my personal Facebook feed.  I’ll stop now.  It doesn’t matter anymore.  Awareness doesn’t mean shit when the country just voted for my daughter to lose her healthcare in two and a half years, when she turns 18.  We can’t afford her meds out of pocket, let alone hospitalizations, testing, doctor visits.  I have friends who voted for this.  Were they unable to separate the facts of insurance premiums rising because of the greed of the insurance companies from the ACA? Prayers are lovely, and many believe they are powerful, but they don’t replace rescue meds when your kid is turning blue in front of you.  I don’t know, but don’t anyone dare tell me, my daughter, my Latino family, this wasn’t personal.

Maybe you’re lucky enough not to have to think about the ACA because no one in your family has preexisting conditions.  That’s wonderful for you, I’m not so lucky. Maybe you/your loved ones weren’t worried about the ACA because you/your loved ones have Medicaid.  How nice for you, I can only hope Medicaid and Medicare aren’t targeted right after the ACA, but I wouldn’t hold my breath.

Don’t tell me you have respect for women, believe in equal rights, when we’ve just supported a man who values women only for their secondary sex characteristics; when we just green lighted sexual assault.

Don’t tell me you care about education, when we supported a man who loves the poorly educated.

Don’t cry about your child being bullied, when we just voted into office the poster boy for bullies.

Don’t tell me you care about the differently abled, when we just elected a man who sees nothing wrong with mocking those who are different, and of course, the aforementioned gleeful plans to repeal the ACA.

Don’t tell me how this was a pushback against the elite, when Donald Trump personifies the elite.

Don’t tell me about hope for tomorrow, when we just chose the ignorance of the past.

Most of all, don’t talk about them.  It was the death grip of us vs them mentality that brought us here.  And no, I don’t mean only those who are afraid of people of color, or women, or the LGBTQ community. I include those who refused to see this as a real possibility and consequence, those who dug into “us” with unrelenting toothless trailer trash jokes.  America is a big country; when we talk about different lifestyles and acceptance that cannot just be code for left leaning ideals, it is real.

I saw a comment earlier, bemoaning this result, listing all the reasons it makes no sense and is frightening that Trump has been elected.  Included in that list? Melania Trump’s nudity.  Yeah, this is why we have all lost, and lost before the votes were tallied. Nudity? Not important.

This is us.  Greedy, fearful, easily distracted by a thin patina of gold and flashing lights.

I am in mourning.