This winter is feeling very, very long.  I’ve barely taken my boots off in the last six weeks.

Sure they’re ugly, but they’re warm and dry.

You know I’m just waiting for beach season, but this morning it occurred to me we’re nowhere near the end of winter.  Blargh.  So I thought about what’s been good.  Writing and editing have been very good.

Continuing to try and capture a sharp from the terrace moon pic…not as good, but getting there.  This was from this morning, somewhere between 5:30 and 6am. 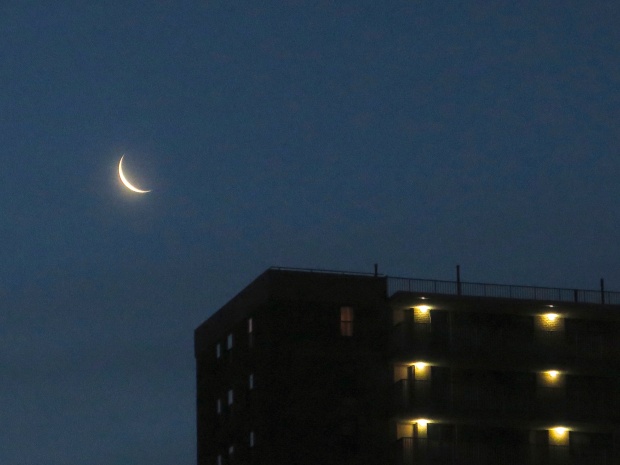 But not bad, getting closer.

Flower Child began art classes, excellent.  Man Child has been home, which has been beautiful.  He hasn’t been home for a good length of time since last winter, and I’m thoroughly enjoying having him here.  He helps out, he cooks and bakes (really, really well), and he makes me laugh.  As I’ve mentioned in the past, I like my kids.

Woke to fresh, home baked by Man Child cinnamon rolls the other morning…bliss.

His goal, for his time at home this winter involved driving.  New York kids aren’t as driving focused as teens in other areas, so it isn’t unusual that he didn’t get a license as soon as the law allowed.  But now it just makes sense, he’s been spending more and more of his time up North, and who knows where he’ll go when he graduates.  So he got his learner’s permit within days of being home, and has been practicing.  If staying up North is a consideration, this was certainly the winter to learn on, plenty of opportunity for finding out about driving in snow and ice.

Today he went to take his road test.  Like any mother, I felt compelled to give last minute words of wisdom.  With a song.