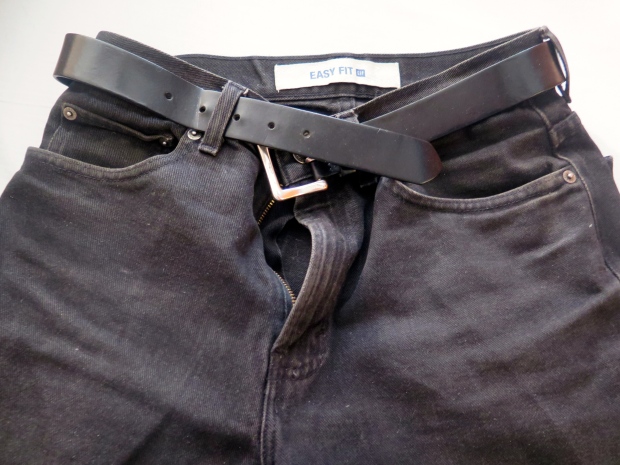 Fresh off the dirty laundry pile!

I haven’t wanted to talk much about Trump and the upcoming election here on Mrs Fringe.  Why feed the fire and all that.  Or not, maybe if I’m honest, it’s because I was hoping to cling to my default defensive position of burying my head in the sand, thereby pretending he’ll go away.  Surely Americans will come to their senses long before an election?  Surely his blatant lies, manipulations, racism, sexism, xenophobia, and generally abysmal record as a human being will send him straight to the peanut gallery.  Apparently not, heh.  And let’s face it, you don’t come to Mrs Fringe for political analysis.  I’m not that objective.  I’m not that good with the straight facts and figures.  As I’ve said before, I’m not that smart.  If you want a blog with reasoned analysis, I recommend this guy, Benjamin Studebaker.    (I know, not completely objective, but smart, backs everything up with facts, and straightforward.)

I’m still not ready to talk big picture, address my fears re who the GOP has put forth as viable candidates overall, but.  Today I’ll talk about Donald Trump.  First, a bit of background on me.  When I was younger, I worked in social services.  My very first job in the field was with a camp that served autistic, psychotic, and what was then termed “emotionally disturbed” youth.  (I don’t know why kiddos with autism were in that grouping, it was a long time ago, autism was even less understood, and it was considered rare–well before the epidemic it is today.)  In retrospect, it was a dumping ground for kids no one knew what to do with.  I know of three who were institutionalized not long after, but I’d guess that’s what happened with the majority of them.

At the time Joey was considered harmless.  The majority of these kids, and the adults I ended up working with, were “harmless.”  I was passionate in my defense of these children, wished with all my heart I could protect them all, always.  When one of the kiddos broke my nose that summer, I argued on his behalf when the director kicked him out of the camp without a chance for me to meet with him and let him know I was ok.  I was so angry, so indignant I wanted to quit.  It hadn’t been an appropriate setting for him.  I didn’t quit because I also met my first autistic kiddo there.   I was idealistic, young enough and brash enough to romanticize what I was doing, but I was good at what I did.  The child with autism?  I was over the moon excited when I was able to get him to play one round of duck-duck-goose after weeks of trying.  I called his mother.  When she understood who was calling and why, she called to her husband, “Magic Fringe is on the phone.”  That’s what they called me, and thinking about it still warms the cockles of my heart.  There’s no magic, though.

Non violent, these children and the adults they become are a million times more likely to be the victims of predators than predatory themselves.  I just made up that “statistic,” but the intent behind it was a fact then and a fact now.  But the majority doesn’t mean all.  I did work with some people who were violent, on occasion a danger to others as well as themselves.  And as I grew more experienced, and now as I’ve gotten older, I see the nuances I didn’t see then.  It’s still heartbreaking, but not quite harmless to have a young man walking around hooting, yelling, and masturbating in public.  The potential for danger; the potential for violence caused to him, by him, or to those just too close to get out of the way was real.

When Donald Trump hoots about immigrants, about building a wall between Mexico and the US, when he calls women “bimbos,” when he trumpets that sexual assault in the military is to be expected, when he calls a woman “disgusting” for needing to take a break to pump breast milk, when he says he would eliminate gun free zones in military bases and schools, when he says the answer to our broken mental health system is to find a way to arm more of the “good guys” to take out the “sickos,” when he calls for banning Muslim immigrants from entering the US, when he brays about plans to bomb the shit out of Isis (does he know Isis isn’t a country?), when he shouts that he will force Nabisco to produce Oreos in the US, Apple to produce their products here–while at the same time his clothing line is manufactured in Mexico and China…I could go on and on.  The point is, when he spouts this nonsense, he’s whipping it out.

He has no filter.  He isn’t honest.  There’s a difference.  With all the lies he vomits, it’s shocking to me that anyone, anywhere, perceives him as anything other than a dishonest buffoon.  I’m also shocked when people talk about him as a businessman, how good that would be for America.  Umm, America isn’t a business.  It’s a country, made up of individual citizens, with varying needs and vulnerabilities.  Trump is indeed a good businessman, if good here is defined by  selfishness and the amount of money accrued.  He’s so good, he was able to declare bankruptcy multiple times–wipe his debts clean at the expense of thousands of jobs–and still make money.  He’s so shrewd, he’s got people supporting him who represent those he screwed with each and every bankruptcy.  By the way, that whole idea of businessman as politician?  We did that here in New York City, with Bloomberg.  He fired those who disagreed with him (oh, those pesky checks and balances) and when his term was up, he changed the term limit laws so he could stay.  Get ready to hand Trump a crown and scepter.  You may or may not want someone you consider a “bleeding heart” at the helm of this country, but do you want someone who is actually morally bankrupt?

The very same things that make me unqualified to be a political pundit–lack of filter, lack of understanding of the nuances in policies, inability to grasp the ramifications of decisions made today for 30 years from now (it’s true, I’m a lousy chess player), selfishness and general hotheadedness–are what make Trump unqualified to lead this country.

When people cheer him on, use him as validation to let their inner racist come out, their not so underlying faith that women are less-than, their complacence with ignorance of how the world works, when they vote for him–they aren’t just turning away from nuance and rolling their eyes, they’re handing him lube and inciting potentially dangerous situations.

Put that thing away, Mr. Trump.