It wouldn’t be me if I didn’t spend one post touching on some of the critters to be found in the ocean and on the island. Born and bred a city gal the thought of a bear, or a mountain lion, or even a deer, terrifies me.  But because I’m a reefer, let me glimpse a few sea critters and I’m all in. 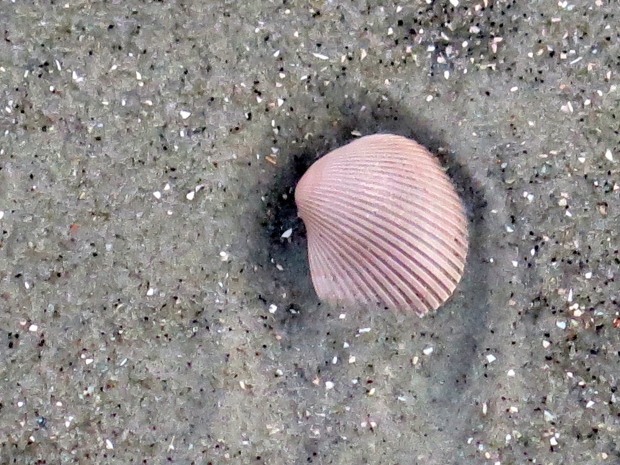 So much more polite than the gulls in NY 😉 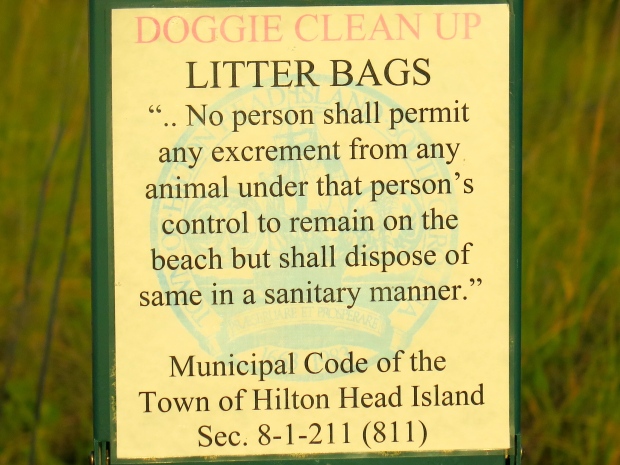 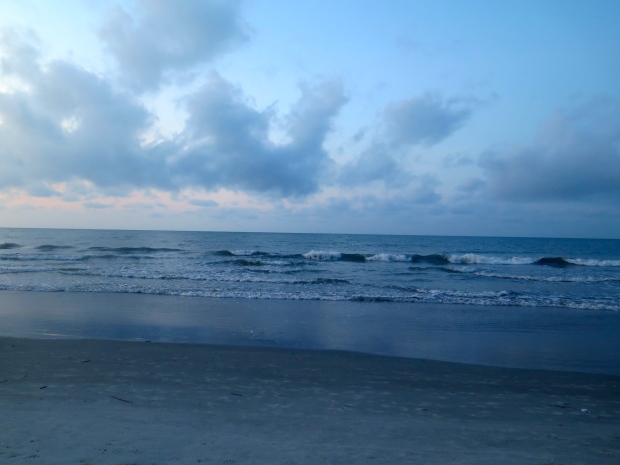 aah yes, the early morning prospectors–what are they looking for? 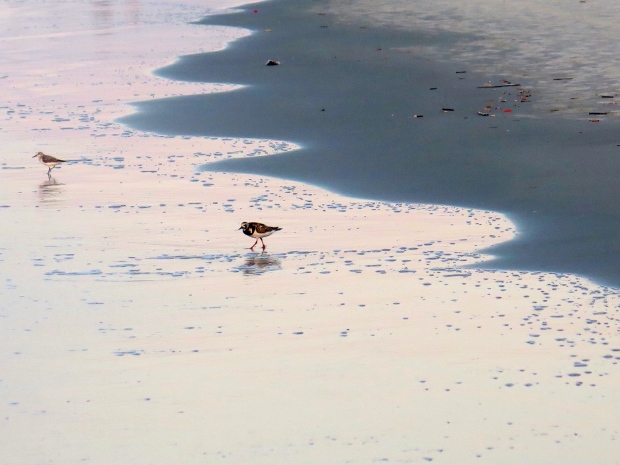 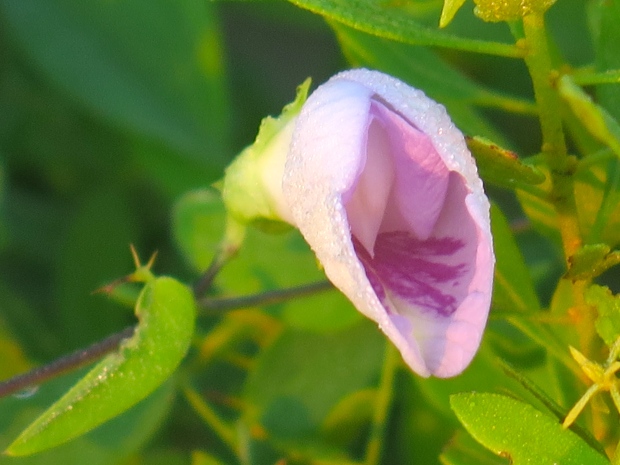 Love the flowers that pop up on the dunes.

One afternoon we took a 2 hour boat tour of the waterways surrounding the island. One of the things I love about this area is the proximity of the dolphins.  While it didn’t happen this trip, there have been times where we were at the beach and there were dolphins swimming a hundred feet from us. 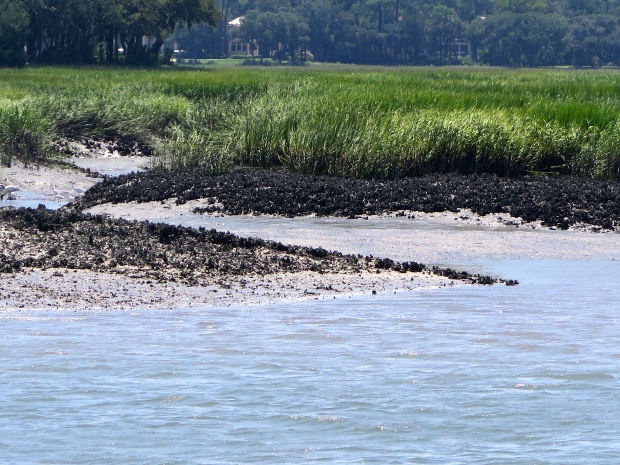 oyster beds all along the waterway.

We did spot several dolphins close to the boat, but I wasn’t able to get any great shots.  Honestly, I quickly gave up and just enjoyed watching them.

sorry, this is as good as I got. 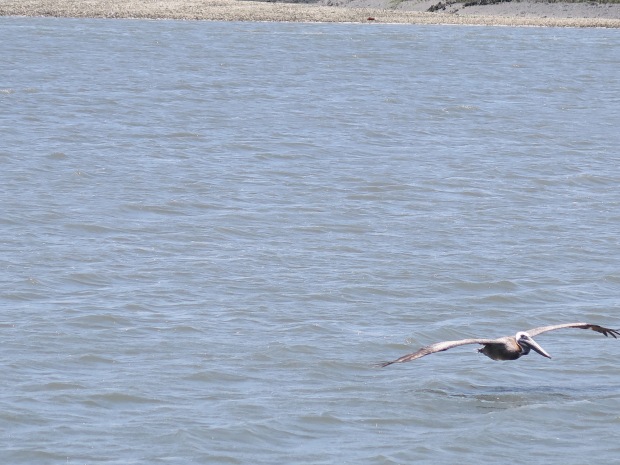 One morning on my sunrise stroll, a woman came running up to warn me, “someone dumped a garbage can over there, and there’s some kind of sea creature!  You’re barefoot, and it has tentacles, be careful!!” She was genuinely frightened, and I, of course, went running straight towards it.

Is it the creature from the black lagoon? 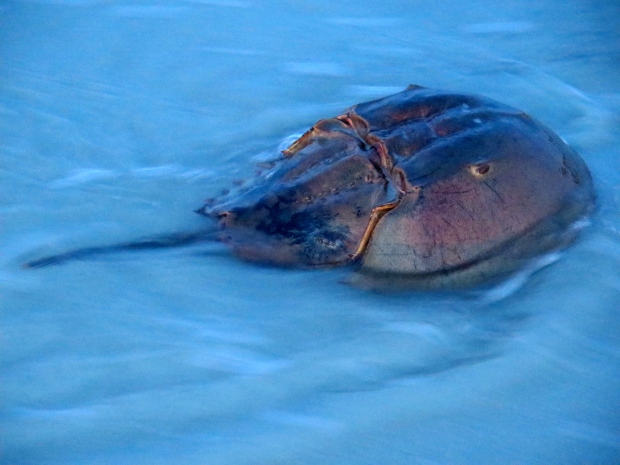 bwahahaha, a not so scary at all horseshoe crab.

I was a little disappointed, I had visions of something a-maz-ing.  Southern octopus?  Sea turtle nest in a strange spot? Or maybe a shark that I could have rescued and sent back to the water.

Jelly, and yes, I was stung by one of these guys our first day there. Not the first time, and I’m certain not the last. 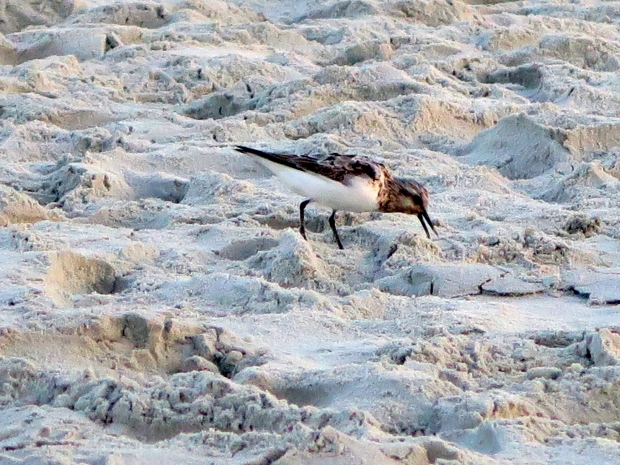 So fast, very hard to catch a shot that wasn’t a complete blur. 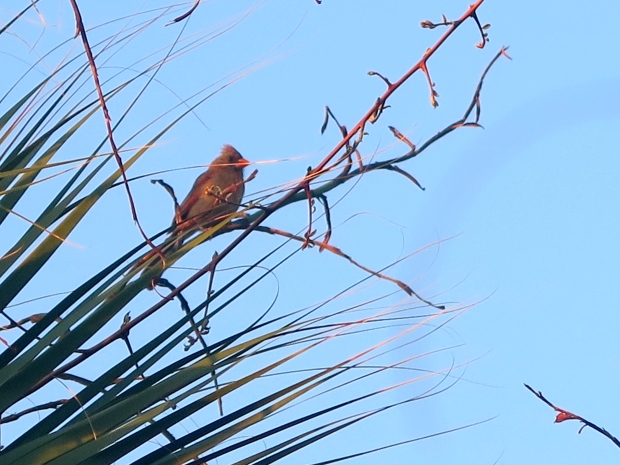 Beautiful, but not as serene as we pretend it is.

Later on the same day of finding the horseshoe crab, I was back on the beach with Husband.  Art Child was tired, and had stayed in the apartment with the boys. When I said good morning to the guy renting beach chairs, I laughed and told him about the crab, and how I had imagined it would be a shark. The water was a little rough that morning, so I didn’t go out too far.  Next thing I know, beach chair guy shows himself to be a lifeguard, calling everyone out of the water.  He had spotted a shark–closer to the shore than I had been–  said it was the largest one he had ever seen in this area, and kept everyone out of the water for at least half an hour.  How freaking cool is that?  But I admit, I spent the rest of the morning at the pool.