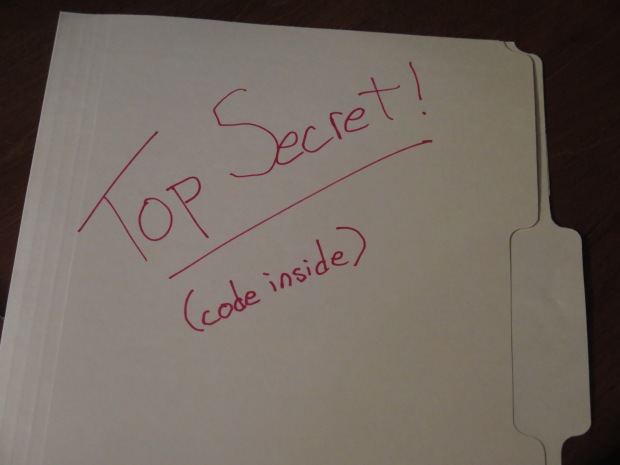 When Art Child was a toddler, she had a doll she loved above all 9,563 others.  It sang, “¡Yo tengo un secreto y tu no sabes!”  in a teasing voice, no mistaking the inflections whether you speak Spanish or not.  I’ve got a secret and you don’t know it.  Oh yeah, she loved that doll, almost as much as the other patrons in the local Dominican cafe loved seeing her with it, until the 138th time she pressed the button.  The worst part?  I bought the damned thing.  What was I thinking? Not just the annoyance factor, but the message.    Sadly, the doll was lost at some point, just another casualty on the pyre of toys designed to torture parents.

Donald Trump is that doll minus the pigtails, and there are way too many Americans gleefully pushing his belly to hear him taunt.  As I and many others have said, that’s the problem–not that he is who he is, and spouts the disgraceful, empty nonsense he does, but that he has god only knows how many supporters who are getting a thrill from watching the rest of us cringe.  Actually I suspect a good number of his supporters are certain he’ll be having lunch with Elvis before taking the debate stage this evening.   Because secrets! Conspiracy! And Donald’s going to tell us the truth, because nothing says honesty and integrity like someone who blatantly, repeatedly lies to paint the picture he wants to see.

I want to be fair, so let me share that it isn’t only on the far right that we’ve got gleeful conspiracy theorists singing about the moon landing being faked, the Holocaust was a lie, and of course, Obama is a secret Muslim who showed a fake birth certificate.  Oh no, we’ve got our share on the left side of the political spectrum also, those who are certain Tupac and Jim Morrison will be sitting a few tables down from Trump and Elvis, cling to the belief vaccines cause autism, and share theories with those on the right about 9/11 coverups and the aliens in Area 51.  Aaah, such a warm feeling in the pit of my stomach–pride in my fellow citizens, oh wait, no, it’s nausea.

Secrets and conspiracies–bet you can’t eat just one!  And let’s go ahead and dip them in some delusion sauce while we’re at it.  Those residing on the far right believe the lying, blustering, unqualified candidate who is Trump will save them.  Yes, save them; cure their ills, make them rich, give them jobs, put all those pesky brown people in their proper place and show those dumb libs what the Constitution really means.  Those residing on the far left are saying wonderful! Let him win, it doesn’t matter, Clinton is an equally poor choice, and besides, if he wins there will be a revolution on the streets and in three days’ time we’ll have taken the nation and all its riches back, distributing them to all those poor, unfortunate, ignorant souls who need us to save them.

Why am I writing now, at 5am on the day of the first Presidential debate, when I know my fingers will be itching to rant again by 10PM tonight?  Because this has been such a horrific, unprecedented election cycle I don’t think the debates matter.  Clinton will be fabulous, this is exactly where she can and does shine.  Ok, maybe not like Obama, but still.  She’s informed, she’s experienced, she knows how to keep her cool and speak well.  Trump will be Trump, he’ll have no real plans to offer, he’ll bellow and attack while continuing to lie and going on the offense if anyone dares to call him on his lies.  And his supporters won’t care.  Regardless of what he does or doesn’t say, they’ll be crowing and trumpeting his “truth”, declaring him the clear winner.

Trump has spent his entire adult life selling hollow secrets, he became the Republican candidate by selling conspiracies.  He’s good in front of a camera, he appeals not to our ever-changing American Dream, but to our American Fantasy of winning lottery tickets.  He’s the American Id.  In another time in America’s past, he’d have been under a tent selling snake oil.  Let’s stop buying, shall we?  Think about it, this is a man who’s telling you he’s going to give jobs back to the American people, he’s a successful businessman who knows how to do this, after all.  So successful he’s declared bankruptcy three times, and he has indeed provided thousands of jobs–in other countries.  When called on it, he said this stuff isn’t manufactured in the US anymore.  Not true, some of it is, and more of it could be, if businesses like Trump’s weren’t putting profit above people.

We are a nation confused by its own adolescence, screaming that we don’t need childish toys and distractions while we paradoxically hold tight to them, trying to prove how very grown up we are by doing so.

This singing doll isn’t just a nuisance that gets on your nerves, it’s already leaking battery acid, in the form of millions of supporters for the rhetoric of fear, hatred, and greed.  Leaking now, it’s too late to just dump it in a pile of abandoned toys.  That acid is staining our political process, corroding  the very freedoms Trump claims he’s going to provide.

How will we do this? I’m not sure.  We’re certainly beyond pretending Trump is an isolated wing-nut. And it isn’t just within the boundaries of our country that we need to worry about. Which, of course, his supporters are loving–because there’s some confusion about the difference between respect and fear, authority and authoritarianism.  For most of those supporters at the Trump rallies, he has validated, legitimized, and fed their fears and hatred so they haven’t cleaned up this acid leak, but instead spread it.  I don’t know how to get rid of it, but I know for sure the first step has to be Trump losing in November.  How about we put fear on hold, and begin with self-respect?  If not it won’t matter which secret you were hoping to hear or what conspiracies you find intriguing, we will all lose.